SYMPTOMS and TRIGGERS of MISOPHONIA

The literal definition of misophonia is hatred of sound. However, a person with misophonia does not hate all sounds. They are only sensitive to certain sounds. And those sounds are usually unique to each person. Although any sound can become a problem for a person with misophonia, many are background noises. No one knows why one sound will become a trigger when others do not. Nobody knows why certain people or sounds affect one person and not another.

For people with misophonia, being exposed to a trigger sound creates an immediate negative emotional response. This response can range from moderate discomfort to full-fledged panic and rage. Fight or flight reactions often occur. During a trigger event, a person may become agitated, defensive, or offensive. They may also distance themselves from the trigger or act out in some manner.

The sound of fingernails scraping down a chalkboard is unpleasant for many people.

But this is a very mild example of what people with misophonia experience. It lacks the intensity associated with misophonia. The fingernail sound doesn’t cause people to have a strong emotional reaction. Not liking something, even if very strongly, doesn’t usually produce a fight or flight reflex.

An environment that includes trigger sounds can limit social activities because the person with misophonia anticipates probable trigger events. People with misophonia may isolate themselves in an attempt to reduce the stress that sound triggers cause.

Those with misophonia can be reluctant to share their symptoms and triggers because sharing can have uncertain outcomes.

Sometimes, people mock those with sound sensitivities. Some go as far as making exaggerated trigger sounds to tease or taunt. In addition, some family, friends, and co-workers try to make light of the problem. Or, people may tell the person with misophonia, “ignore the sound, “you’re difficult,” or “just don’t let it get to you.” These are not likely to be helpful, and a person with misophonia may have difficulty having a calm, rational discussion when feeling a fight or flight response.

People with misophonia cannot ignore their triggers any more than a person with epilepsy can ignore their seizures.

But, some well-intentioned people are supportive. It is not difficult to honor a request for a non-stimulating environment, and people with a problem or difficulty appreciate small accommodations. 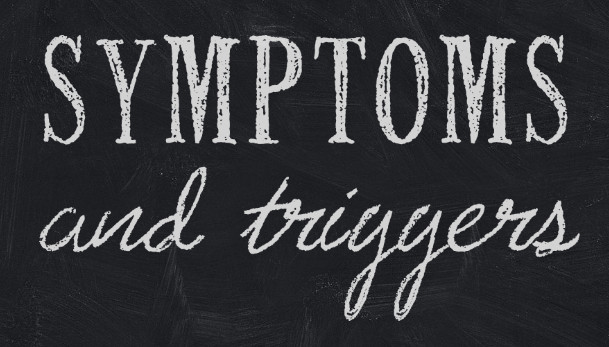