Letter to Family and Friends

A Letter for my Family and Friends:

I’m giving you this letter because I want you to understand more about the condition called misophonia.

This is a new disorder and it is not well-known to the public. As research continues, this should change in the future. So far, misophonia presents as a neurological condition. This means it is a problem that affects the nervous system.

People who have misophonia typically have strong negative emotional reactions to certain sounds. These are usually noises that others don’t pay any attention to. These reactions range from annoyance to disgust or even extreme rage. Many of the problem sounds are associated with mouth and nasal sounds. Chewing, slurping, sniffling or breathing are common problems for people with misophonia. But other things can be triggers too. Pens clicking, heel-tapping, typing or crinkling are also common problem sounds. Also, some people also have visual triggers like jiggling legs or other repetitive movements.

Each person has his or her own triggers and emotional reactions. Mild cases may involve being tense or feeling irritated. More severe cases can involve outbursts of anger and the visualization of violent encounters. In most cases, people exposed to a trigger will want to make the noise stop immediately. They may also wish to immediately remove themselves from the source of the sound.

People with misophonia have no control over what will trigger them, and they have limited control over their reactions to exposure to a trigger event. Upon hearing an offending sound, that person’s emotional centers are automatically activated. A fight or flight reflex is likely to occur. This autonomic response is the same as when a person perceives there to be the presence of a harmful event. There is often a strong need to flee the scene.

Many people with misophonia go for years thinking they are the only ones with a sensitivity to certain sounds.  Some report that before learning of misophonia, they thought they were “crazy.” Or that they were somehow odd, impatient and different from other people.  To them, their situation seems unique, and they know others don’t really notice the noises that cause them so much trouble.

Those with misophonia may try many different things to avoid or cope with their triggers. This includes using earplugs/headphones, eating in isolation, and avoiding people/places that contain trigger sounds.  The use of medications or alcohol/drugs are other possible coping methods. Psychological approaches such as therapy or counseling are sometimes used. Unfortunately, none of these strategies appear to provide universally effective relief. Misophonia leaves people feeling misunderstood, isolated and hopeless. In extreme cases, sufferers may become depressed.

Those with misophonia are unable to tune out typical background noise. They experience constant information overload, making concentration at work or school difficult. Their situation can be so intense that it sometimes makes them want to drop out of school or quit a job. Special accommodations to reduce or eliminate trigger sounds at work or school can be a big help.

Family members and friends don’t always understand the nature of this condition. They may tell the sufferer to “get used to the sound” or to ignore their triggers.  It is helpful to note that a person with misophonia doesn’t choose to be sensitive to certain sounds.  Nor can they decide what to be sensitive to or whether to react in some manner to their trigger sounds.

Imagine the typical reaction most people have to fingernails scratching down a chalkboard.  This is irritating and even intolerable to some. This is like the reaction those with misophonia experience with every trigger noise. But the misophonia-reaction is much more intense and is automatic. It can also include actual panic and ever-growing anger.

Sometimes a person with misophonia responds with annoyance or anger towards a trigger sound.  When they do, it can annoy or frustrate the person making the sound.  In that emotional moment, it can be difficult to distinguish between the noise and its maker. Awareness of this possible pitfall can be helpful on both sides of the situation.

I hope this letter has given you a basic understanding of misophonia. Thank you for taking the time to read the letter. I know you may have questions, and I’d like to answer them and further discuss the subject with you.

Here is a website that provides more information and can provide you with online resources: http://www.misophonia.com/ 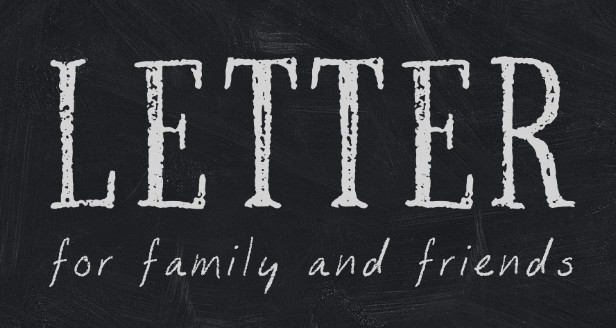